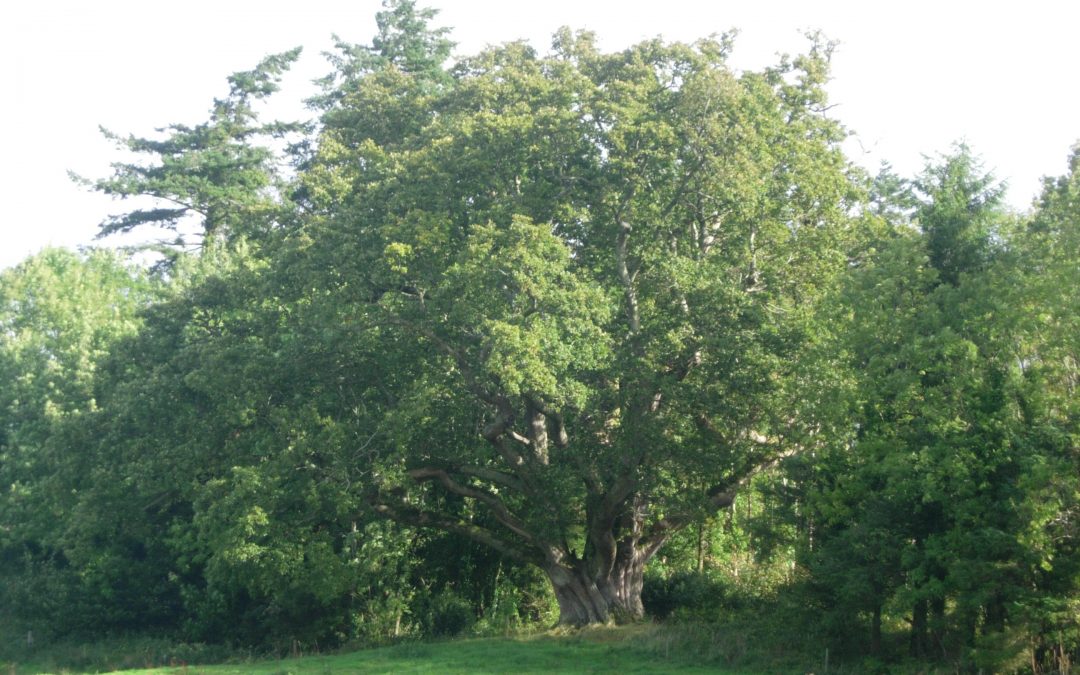 Standing majestically on its own, this famous tree has long been associated with the last High King of Ireland who was born nearby. The tree is reputedly over 1,000 years old, was possibly planted by Brian Boru himself, it still bears fruit and thousands of its acorns have been planted throughout the country.

With a girth of 26 ft below it’s lowest branches, the tree stands in one of the last surviving sections of Ireland’s ancient wild oak forests – the forest of Suidain of the Sliabh Aughty Mountains. The National Monuments Service has listed the tree in its Archaeological Survey as a Ritual Site/ Holy Tree.

“Several oak trees in Ireland are so old they have names. This Brian Boru Oak  is one of the top five, if not top three, oldest trees in the country. Trees like oak would have suffered because of the history of cutting down timber in Ireland, as a lot of forestry was basically stripped to build the ships for various wars the UK was involved in.”

Another  reason for the destruction of the Oak Forests were the Iron Works at Feakle, Tuamgraney & Whitegate in East Clare and Woodford in South Galway, which required massive quantities of charcoal as fuel. Most of this felling occurred between the 1500s & 1800s.

In England, careful coppicing provided regular charcoal supplies, but these methods were never adopted in Ireland. The destruction of the woods was also encouraged by the English Government as it took away the protection and shelter they offered to Irish rebels.

The Raheen Oaks are magnificent specimens and their high branches transform the walkway into the nave of a green cathedral. Hundreds of invertebrate species along with many species of birds and animals make this wood an ecological paradise.

Major tree surgery by the Tree Council of Ireland was performed in the 1980’s to prolong its life. It’s been described as a bit “Battered but Unbowed.” !!!

Dr Edward McLysaght, one of the foremost genealogists of 20thC Ireland, on seeing Raheen Woods for the first time in 1909, described them as being  “Commercially of little value but aesthetically almost unique.”

Oak Woods  once covered almost 75% of the country and one of the ancient bardic names for Ireland was “Inis na bhfiodhadh”  –  “Island of the Sacred Trees”.  The treecover today stands at about 10% and very little of this  is native woodland.