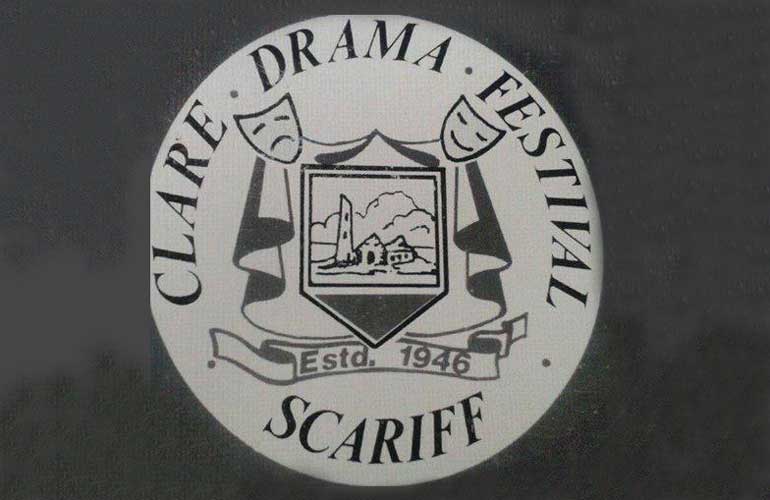 The Festival is held in the Scariff Community College Hall  and runs for 10 consecutive nights, with the final production and overall results and awards on the last night.

This year’s adjudicator is Padraic McIntyre, a native of Bailieboro, Co. Cavan

This Festival has provided some memorable performances over the years and more of the same is expected.!!!

Put the dates in your diary and make sure to come along for a wonderful night’s entertainment. You will not be disappointed.!!!

Why not join the Committee, Cast & Crew and Adjudicator in the Festival Club afterwards and stay overnight here with us at Clareville House.???