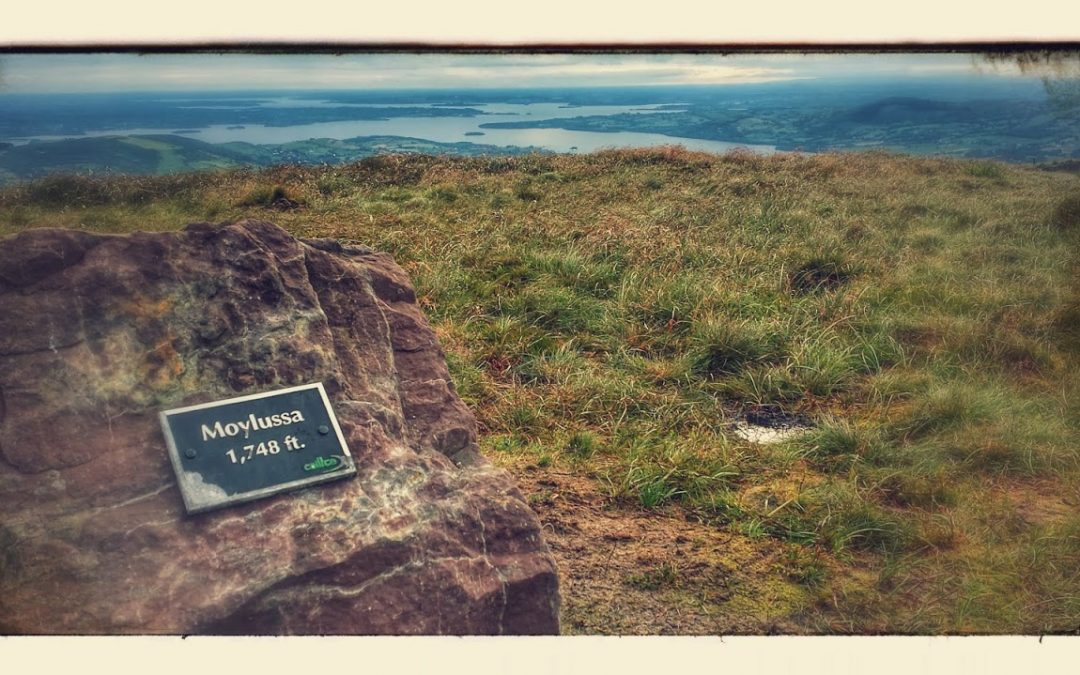 Moylussa is the highest peak in Co Clare at 1,748ft (532 metres). It’s part of the Slieve Bearnagh range in East Clare and is situated in Ogonnelloe, between  Killaloe and Tuamgraney, to the west of Lough Derg and the River Shannon.

There are a number of routes to the summit and one of the most popular ascents starts from the forest car park at Ballycuggaran, Ogonnelloe. The route passes through one of the conifer plantations that have been created on the shoulder of the mountain and other nearby hills by Coillte, the state owned forestry company. The route then follows part of the long distance trail known as the East Clare Way which runs in a circular route from Killaloe and passes along the eastern flanks of Moylussa, but does not ascend to its highest point.

Beyond this, the path climbs up into the open area of moorland. Originally this followed a bog road, but this has been improved by Coillte with a new shale track that extends all of the way to the summit, where a new marker stone has also been added.

It can also be accessed from the village of Broadford. Watch for the East Clare Way signposts just off the R465 Map 58 GR R 567 743.

You can also Start in Ballycuggeran and finish in Broadford or vice versa.

There are magnificent  views from the summit over  Lough Derg, Killaloe and the surrounding countryside.

“The views from atop Moylussa are something special” writes Tony Doherty – Click on the Link to read Tony’s full article in The Irish Times.